Tackling CostOps When You’re a Developer 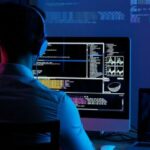 The implementation and successful execution of IT initiatives often comes down to developers. From those working with commercial vendors to those working with open source projects, cloud-based software-as-a-service (SaaS) solutions, managed service providers (MSPs) and internal teams, they all play an important role in the successful running of IT and operations teams. One challenge developer and […]

The post Tackling CostOps When You’re a Developer appeared first on DevOps.com.