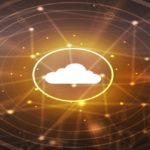 Ever since the term cloud native made its debut in 2010, its usage has grown in popularity. Today cloud native is used as a qualifier for innovative, leading edge applications, platforms and systems or cloud-savvy organizations and processes. However, what is cloud native exactly? There are some definitions, there are many opinions, but first and […]

The post Ten Years Later — What Is Cloud Native? appeared first on DevOps.com.