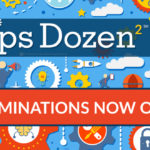 The DevOps Dozen Awards are back for their sixth year and open for nominations. We are excited to celebrate the hard work and continued success of DevOps leaders, whose achievements over the past year deserve recognition. This year, we have expanded our awards program to include two different DevOps Dozen sections; hence, the name DevOps […]