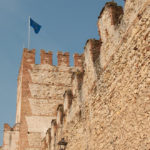 An ambitious German- and French-lead European Union (EU) initiative could wrestle tighter management, and eventually, control of data from commercial cloud providers. The project, dubbed as “Gaia-X,” is also intended to offer firewall-like protection for data sources from the EU. The initiative could have repercussions on how DevOps teams from outside of the EU manage […]

The post The EU’s Plans to Build a Wall Around GDPR-Protected Data appeared first on DevOps.com.