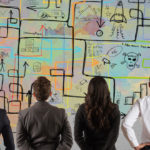 Like me, you have probably heard a lot about the “Great Resignation” lately. I’ll admit—at first I did not think it had anything to with tech jobs, especially not DevOps or cybersecurity jobs. After all, there aren’t many workers in those fields who aren’t well-paid (though, of course, when it comes to pay, it’s all […]

The post The ‘Great Resignation’ in DevOps? Bah, Humbug appeared first on DevOps.com.