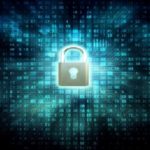 The Linux Foundation announced today it will host the seL4 Foundation, the nonprofit organization established by Data61, an arm of Commonwealth Scientific and Industrial Research Organization (CSIRO) in Australia that has been developing the seL4 microkernel operating system. Gernot Heiser, who will serve as chair of the new foundation, said the seL4 is unique in […]