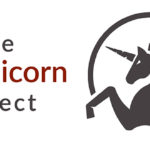 The Unicorn Project is the sequel to the ground-breaking book The Phoenix Project. Most people know the story about Bill the IT manager at Parts Unlimited, who is tasked with fixing a derailed IT project or having his IT department outsourced. The Unicorn Project takes it a step further, with developer and architect Maxine in […]

The post The Phoenicorn Project appeared first on DevOps.com.