The Role of DevOps in Custom Software Development 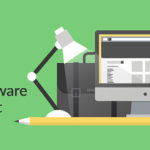 Hundreds of tech giants and big retail companies such as Etsy, Netflix, Amazon and Target have adopted an ecosystem called DevOps. It establishes a good collaboration between cross-functional teams such as development and operations which simplifies the processes. DevOps has calibrated a new standard for building custom applications. Do you know any predefined technique to […]

The post The Role of DevOps in Custom Software Development appeared first on DevOps.com.