The Use of Feature Flags in Code: Too Many Flags? 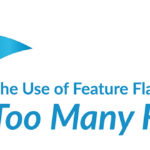 It is interesting to watch the growth of an idea over time. The idea of using flags in code to do different things is as old as programming itself. Old-school configuration files used them, and they worked, so they were adapted. Thing is, given an idea that works, humanity inevitably takes it too far, and […]

The post The Use of Feature Flags in Code: Too Many Flags? appeared first on DevOps.com.