There’s No Such Thing as an Open Source Business Model 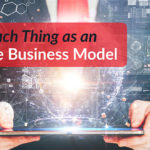 Open source technology works best when it’s adopted as a series of strategies and tactics that support a core business model—not the other way around. With all the talk about open source business models, the title of this article might seem a bit odd—especially when is written by someone whose entire job is to support […]

The post There’s No Such Thing as an Open Source Business Model appeared first on DevOps.com.