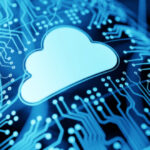 A survey of 326 IT executives conducted by the market research firm Omdia on behalf of Canonical found the most widely employed DevOps tool for managing cloud infrastructure is the Bash shell and command language (53%), followed by the Ansible automation platform (47%) and Terraform (40%). Another 27% reported they used tools they developed themselves. […]