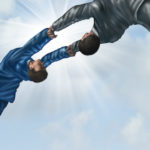 Tricentis has extended the reach of its portfolio of testing tools to now include software-as-a-service (SaaS) applications from ServiceNow. Martin Klaus, vice president of product marketing for Tricentis, said testing has become a larger issue because in addition to patch updates ServiceNow is now on a cadence to deliver to two major updates to its […]