Update Those Ops Tools, Too 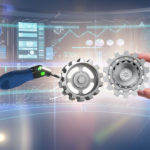 We’re all pretty well settled on the idea that the rate of change in IT has been on the increase over time. From the advent of VMs to Agile to DevOps to containers, the movement has been faster—and the same is true for internal development. I’m going to approach this topic from three perspectives instead […]

The post Update Those Ops Tools, Too appeared first on DevOps.com.