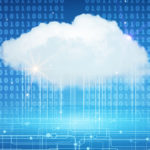 At first glance, the Hyper-V and VMware virtual environments may seem similar, but upon closer inspection, a number of important differences between these two virtualization platforms become apparent. Initially, performing administration for VMware vSphere could present some challenges for administrators who are familiar with Hyper-V. There are several reasons a business might be switching from […]