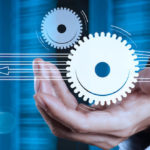 VMware today announced the general availability of an update to its NSX-T network virtualization software that adds support for NSX Federation, which enables IT teams to apply global policies and isolate domains to contain problems to a single zone. Other capabilities being added via NSX-T 3.0 include support for Level 3 Ethernet virtual private networks […]