What Chaos Engineering Is (and Isn’t) 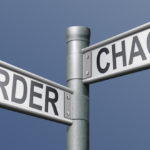 The birth of chaos engineering happened somewhat accidentally in 2008 when Netflix moved from the data center to the cloud. The move didn’t go as planned. The thinking at the time was that the data center locked Netflix into an architecture of single points of failure, like large databases and vertically scaled components. Moving to […]

The post What Chaos Engineering Is (and Isn’t) appeared first on DevOps.com.