What is MLOps? DataOps? And Why do They Matter? 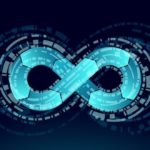 Let’s look at three distinct disciplines—DevOps, MLOps and DataOps. In 2011, Marc Andreessen famously proclaimed that software was “eating the world.” A little more than a decade later, it’s all but impossible to argue with his premonition as software has embedded itself into virtually every industry.  But now another shift is underway and AI is gobbling […]

The post What is MLOps? DataOps? And Why do They Matter? appeared first on DevOps.com.