What’s the Difference Between SLI, SLA and SLO? 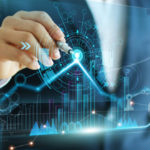 If you’re just getting into site reliability engineering (SRE) or platform engineering, you’ve probably come across a bunch of new terminologies, like SLI, SLA and SLO. These benchmarks are commonly referenced in the day-to-day life of an SRE but may seem foreign to outsiders. So, what are the differences between these abbreviations? Well, one of […]

The post What’s the Difference Between SLI, SLA and SLO? appeared first on DevOps.com.