When, How and Why to Build a Developer Relations Team 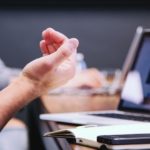 The developer role is changing. More and more often they are being rightfully viewed as key stakeholders who aid in setting company direction in this product-led world that we live in. For many technology vendors, earning the trust of developers is critical to their short-term and long-term success, but this presents a challenge. Developers have […]

The post When, How and Why to Build a Developer Relations Team appeared first on DevOps.com.