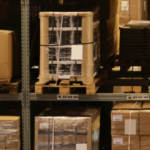 WhiteSource has added a software bill of materials (SBOM) tool to its portfolio that, in addition to capturing the components of an application, also surfaces vulnerabilities that should be addressed. Many organizations are becoming more rigorous about making sure SBOM are attached to every software development initiative in the wake of an executive order issued […]