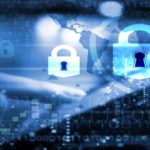 What Happened: As part of a bug bounty program, the AppSecure cybersecurity research team found a vulnerability on the authentication mechanism of Facebook. It gave them the ability to potentially gain full control of the social media giant’s more than 1 billion users. The team won a $15,000 bounty for its discovery. This vulnerability was […]