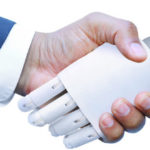 AI is buzzing again thanks to the recent release of ChatGPT, a natural language chatbot that people are using to write emails, poems, song lyrics and college essays. Early adopters have even used it to write Python code, as well as to reverse engineer shellcode and rewrite it in C. ChatGPT has sparked hope among […]

The post Will ChatGPT Replace Developers? appeared first on DevOps.com.