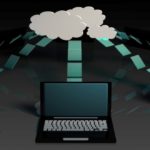 Completely securing the endpoint is hard. Securing it without sacrificing user productivity is even harder. Think of a modern laptop running a Windows 10 OS, for example. The OS consists of millions of potentially vulnerable lines of code. It has many legacy components written with old security standards in mind. The kernel is probably executing […]