Z is for Zowe – the Open Path to Mainframe DevOps 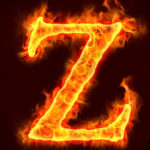 The energy and excitement in the IBM Z mainframe community during the two years since the announcement of Zowe have not been seen in a generation.  By enabling mainframers to work like technologists who work on the cloud, mobile and distributed platforms, Zowe unlocks the power of DevOps for mainframers, ensuring the vitality of the […]

The post Z is for Zowe – the Open Path to Mainframe DevOps appeared first on DevOps.com.